NO TO CHINA 👎 Join hands to Start the Swadeshi Movement ! 👍

By the day after tomorrow, the traders of the country are seen standing with the country and the army, least thinking of their profit and loss.
Yesterday, Noida traders cancelled a 150-million China order for the mall.
Till this evening, only about 1500 crores from NCR and if the fury of China is seen, then the order of about 2 billion dollars has been canceled from the whole country.
That's why today China's government agency, Xinhua held a press conference. In which, words like “rein in Delhi” were used by their President.
Right now it is at 2 billion, what will happen on the day when 62 billion dollars is closed.
The traders of our country, who repeatedly vetoed NSG and Masood Azhar, brought them on their knees without any official call. Now if we stop buying Chinese goods, then the traders will not sell. .
Nevertheless, the traders who boycotted Chinese goods from today are truly worthy of respect.
When the people are united in the interest of the country, then a meaningful result is produced, which makes the world realize the power of the country, resulting in the creation of a sovereign India. True country lovers must read it and send it to other groups.
If India is taken over by China tomorrow, we will be responsible for it ourselves.
The British also made us slaves by doing business in India. Then we were illiterate but today we are sensible.
*Adopt the indigenous, save the country.*
If All Indians do not buy any Chinese goods for upto 90 days
Then *India the Second most populous in the world Can become a very rich country.*
Only in 90 days, the Indian rupee will become so powerful, it shall equal to 50 cents of the dollar.
This can happen ..
We forward jokes …
Please do forward this message & make this a movement ……!
Last year, during Diwali, under the 1st campaign, people did not buy Chinese lights, then 20% of China's goods were ruined and China was furious.
*So, it makes a difference Our country is very big.Try it out.*
Start the Swadeshi Movement !
🇮🇳 JAI HIND 🇮🇳~ 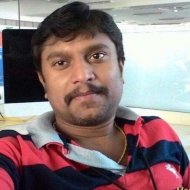 Trust the Vaccines, Not the Rumors

Can Bird Flu affect you? Here’s what you need to know 🐦